Home
❯
Articles
❯
The Most Common Relationship Problems From a Therapist 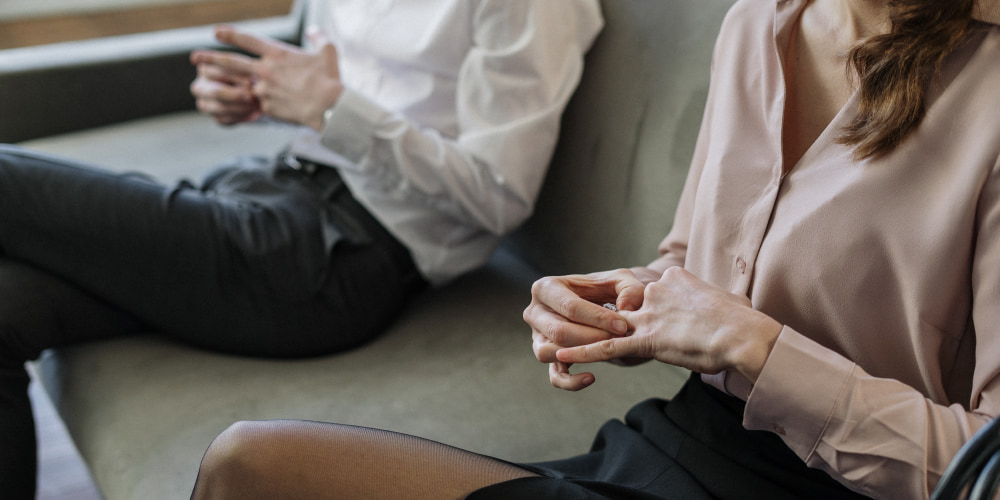 The Most Common Relationship Problems From a Therapist

When issues or disputes creep into your relationship it can be easy to think you should be able to resolve them yourselves. Perhaps you think that the kinds of things you’re arguing about are too ‘small’ to bother a therapist with. Maybe you’re too embarrassed at the idea of talking to a stranger, or nervous about bringing up the idea of therapy with your partner in the first place.

Have a think about the things that have cropped up in any heated discussions you’ve had with your partner in the last month or so. Chances are you’ll note money problems, children’s behavior, chores, and time-draining hobbies and activities. Not to mention communication issues such as the way you speak to one another or irritability and a lack of patience.

The thing is, these things - while they may feel tricky to overcome at the time - are actually surface level problems. They’re things that you can tackle together when you're in a healthy relationship, you’re communicating well and you feel like you’re on the same team. They’re things that you can put a plan in place to resolve or at least work towards. These things don’t cause conflict, per se, it’s yours and your partner’s responses that cause the conflict.

You might remember the subject of your last argument, but when you think about it, was the fact your partner didn’t put the bin out when it was their turn the fundamental issue? Or was it just the niggle that it was easy to have a go at them about?

So while some, or all, of these ‘surface issues’ come up regularly in couples counseling they are rarely the crux of the problem.

So we have to go deeper.

What are the most difficult issues to resolve?

Of course it’s impossible to say with certainty that one particular issue is the hardest to solve. For different couples, and different therapists come to that, the outcomes will depend very much on history and situation. However when looking at romantic relationships, Whisman, Dixon & Johnson, 1997(1) concluded that one or both partners losing the loving feeling is one of the most difficult positions to come back from. And we can't help but agree.

That being said, there are plenty of other potential ‘deal breakers’ that may require support or relationship counseling to get past.

While it can be difficult to broach these things with a partner, the majority of these issues, even those that seem fairly fundamental, can be addressed through positive communication and support from a relationship or couples therapist.

As sex and relationship therapists, we are trained to help people develop more positive communication skills and learn to resolve conflict. One model that we use to understand what’s going on we refer to as the ‘Control / Perceived neglect’ model (2).

Put simply, 'perceived neglect' is the perception that your partner is failing to make the contributions or investments into the relationship that you would want them to. During a conflict situation, for example, you may feel they’re not giving you the attention you deserve, or not trying to understand your point of view. Whereas 'control', sometimes known as 'perceived threat', is the perception that your partner is blaming you for what’s going on or trying to control you to act in a certain way.

These are fundamental elements, or concerns that couples experience during conflict. And they can negatively affect the way we read the situation and the narrative we form around our partner’s behavior. What’s more, they can negatively impact our communication around the issue and lead to a spiral of poor relationship patterns and over time can be seen to be a contributor to divorce.

So what can you do?

The most important thing you can do is get to the core of the problem.

You can beat around the bush talking about the chores or who did what when until the cows come home, but unless you both dig deep and open up about the fundamental issues that are at play, you won’t get anywhere.

That said, this stuff is more difficult than it sounds which is why whatever you believe the issue is, if you’re stuck in a cycle of conflict, relationship therapy can be a great way to help you understand and, if possible, find a way to move on.

Meanwhile, make a decision to be nicer to one another and get creative with it. Prevent yourselves drifting further apart by finding small ways to say ‘I care about you’. No matter what you’re going through, if you’re supportive of one another and determined to find a way through, it doesn’t matter if you come to therapy with a difficult issue to tackle or the most simple problem in the world, you’ll be in a much better place to begin.

And one thing is for sure, your therapist will have seen it all before.

Get to know your partner
Blueheart's app has taken people from 'will we break up?' to 'we will work through this together'. Take the free assessment to find out what you can do to make a change.
Take assessment