Home
❯
Articles
❯
How to Deal with Rejection in Your Relationship 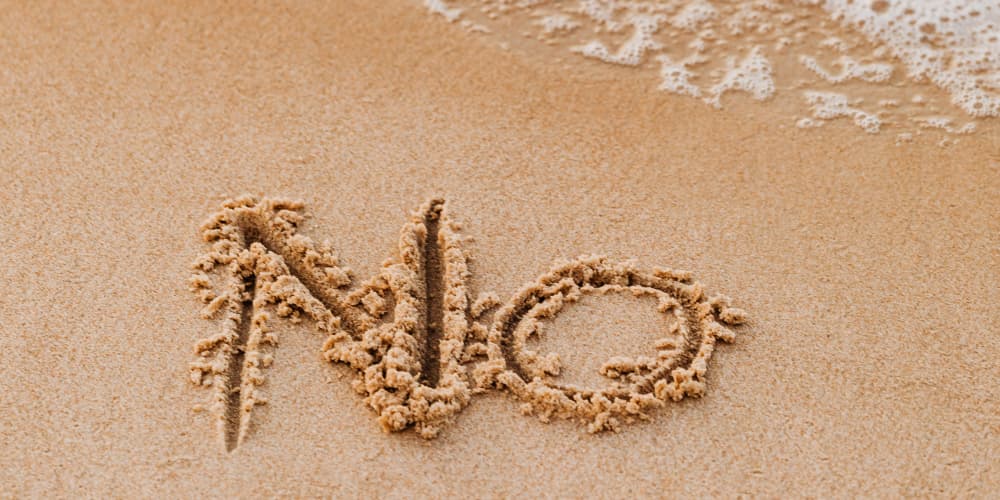 How to Deal with Rejection in Your Relationship

Dr Kat: If your partner declines a sexual invitation, it’s not a rejection of who you are as a person, nor does it say anything about the relationship. The more you can separate those two things, the better off you’ll be.

Rejection is one of the most painful experiences that we go through as humans. Whether it's being turned down for a job you really wanted, excluded from a party everyone else is going to, or finding yourself abandoned in your family home while everyone else goes on holiday, leaving you to defend yourself from two whimsical burglars - we're social animals, wired for connection, so when we're rejected by the people or groups we want to belong to, it hurts us on a deep, evolutionary level. And of course, this doesn't just apply to social rejection or Home Alone style shenanigans; any form of interpersonal rejection can be really hurtful, and none more so than sexual rejection from your romantic partner - the person whose approval and acceptance you might want the most. But here's the good news: it turns out there are ways of dealing with sexual rejection that actually increase your relationship satisfaction and your sexual satisfaction - so let's dig in.

Romantic relationships can be a great source of comfort, happiness and acceptance, as well as frustration, conflict, and sadness when things aren't quite working the way we'd like. Particularly when it comes to sex, it's really common for partners to want different amounts of sex, at different times, and have different preferences for sexual activities; as you can imagine, this 'desire discrepancy' can often lead to disagreement, and (you guessed it...) rejection.

This mismatch can be really tricky to manage, because even though on the surface it's purely about sex, there are deeper emotional responses and questions going on underneath. The person with higher desire in the relationship might feel lonely, isolated, and frustrated, asking themselves questions like: 'Does my partner still find me attractive?'; 'Do they still love me?', 'Do I matter to them?'. And the person with lower desire might feel inadequate, guilty, and pressured, wondering if there's something wrong with them, and telling themselves it's all their fault (spoiler alert: it's not). It's easy to see how a vicious cycle might occur in these situations, where the person with higher desire is looking for sex as a sort of reassurance that their partner still desires them, and the person with lower desire starts to avoid anything that might lead to sex because they don't want to experience those feelings of pressure, inadequacy, and anxiety. Which means that the person who needs reassurance doesn't get it, causing them to seek sex even more, and the person who wants to avoid sex has to work even harder to do so. Once this pattern of emotional reactions - which we call the 'Pursue-Withdraw cycle' - gets started, as well as making everyone involved feel upset, it can be hard to break, and a single 'Not tonight, honey' takes on a significance much bigger than it needs to. But of course, we all have the right to be in control over what happens to our bodies, which means being able to say no to sex when we want to.

Is there a good way to say no?

It might not be all that surprising to learn that sexual rejection can have an impact on your relationship satisfaction, but actually, current studies are proving that the impact can be either positive or negative, depending on how the rejection is delivered. In other words, there are certain ways of saying no to sex that can actually improve your relationship! According to a study in the Journal of Personality and Social Psychology, there are four main ways that partners behave when saying no to sex: reassuring, hostile, assertive, or deflective. (1) And you've probably already guessed which of these had the best effect...

The study found that people who perceived their partners to be reassuring in saying no to sex - in other words, doing it in a kind, caring way that helped them feel loved and desired - had higher relationship and sexual satisfaction than if their partner turned them down in a hostile or dismissive way. And while this isn't exactly a shocking result, it does demonstrate that the way you communicate sexual rejection to your partner is really important in terms of maintaining a healthy relationship.

If you're a bit stuck here, an example of this kind of reassuring rejection might include the reason why you're not feeling particularly sexual at the moment (i.e. being distracted by other important things in your life, or just feeling stressed or tired), along with an expression of love for your partner, and an offer to initiate some kind of physical connection in the next few days. And, crucially, 'physical connection' doesn't have to mean sex if that's not what you're in the mood for; taking the pressure away from having to do specific sexual activities can be a big relief, and provide more opportunities to connect with each other in a sensual way, for example with a massage, or shoulder rub, or just holding hands while you watch TV.

How do I deal with rejection from my partner?

A key part of healthy, intimate relationships is being able to express your needs and wants, and to have them heard and acknowledged with respect. However, that doesn't mean that your partner will always be able to meet those needs and wants, so it's only natural that there will be times when your partner will have to say no. Feeling like you're being rejected by someone you love can hurt, and it's completely natural to feel some isolation and frustration in response. But just like there are ways for the person saying no to do it in a kind, caring way, there are also ways to deal with a no that can have a really positive impact on your relationship, and your sex life.

Don't put pressure on them

The long and the short of it is that anything that makes your partner feel under pressure to have sex is not conducive to a satisfying sex life, and can actually erode desire over time. For example: initiating sex without talking about it if it seems like your partner isn't in the mood, threatening to leave or have an affair if sex doesn't happen, or criticising and blaming your partner for not wanting to have sex - all of these are examples of pressuring your partner. There's even research to show that when someone has sex out of a desire to avoid bad outcomes (i.e. preventing an argument, because it's been a while and they feel guilty), rather than out of a desire to engage in something they really want to do (i.e. to physically and emotionally connect with your partner), it can actually make them feel worse, and have a negative impact on the relationship in the long term. (2) So if you think either you or your partner might having sex from a place of fear, or to avoid a bad outcome, rather than to engage in something you both really want, then it might be worth having a conversation about that together, and see if there are any issues you need to address.

Often, the thing that causes the most distress in long-term relationships is when there are things being left unsaid, for example if you or your partner have needs or desires that aren't being met, but don't know how to express. Renowned couples therapist Esther Perel has a great saying: 'Behind every criticism, there's a wish', which can be really helpful when it comes to reframing how you talk about sex (or anything really!) So something that could be quite detrimental, like: 'You're never in the mood anymore!', could become: 'I miss that feeling of closeness when we have sex.' Of course, you still have to be prepared to hear 'no', or 'not right now', but you can see how differently those two conversations might go. When you talk about sex, see if you can just ask questions to understand your partner better: the parts of their sexual desires and needs that overlap with yours, and those that don't. Importantly, don't try to problem-solve their desire; if you're feeling sexual and your partner isn't quite on the same page, ask them how you can express it in a way that feels good to both of you and doesn't have any expectations attached of going further. Sometimes this will mean doing nothing at all, masturbating (either alone or together), or taking a bath together - the important thing is that you're connecting with each other in a positive way.

Sensate Focus is a sex therapy technique used all over the world that teaches you how to get out of your head and into your body by focusing only on the sensations you can feel, and encourages a mindful, non-judgmental approach to touch. It also encourages a non-goal-oriented approach to sex, reducing the centrality of penetrative sex and orgasm as the 'pinnacle' of sex, but rather prioritizes connection, pleasure, and sensuality.  Most importantly in this context, though, it's also a series of structured exercises that progress slowly, step-by-step, with very clear boundaries. This means that the person with lower desire can feel safe and relaxed that the touch won't go any further than prescribed, and it provides the person with higher desire with more opportunities for touch and connection, and fewer moments of feeling rejected. It's a win-win for both of you!

Learn how to deal with rejection
After 2 weeks, Blueheart users feel 105% more satisfied with the amount of physical intimacy. Learn how to talk to your partner about sex with expert tips.
Take assessment