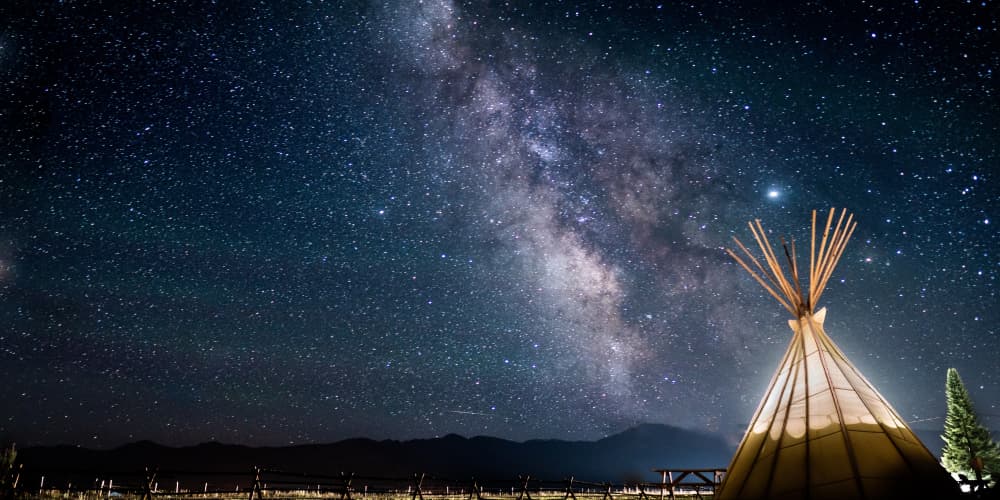 Do you believe in karma? The idea that what goes around comes around? Everything you do has a ripple effect that stretches out into the universe and impacts on everyone around you?

It’s an idea borrowed from Hinduism and Buddhism that suggests the actions we have taken in previous lives and in this life will decide our future fate.

The idea of a karmic relationship revolves around this sentiment, too. Spiritualists believe that our souls can be bound to other souls that are destined to help one another along the path of their lives. The idea is similar to that of soulmates or twin flames – terms that may be more familiar to you – but the way the relationship plays out can be very different and a good deal more dangerous.

Have you ever met someone you know to be a stranger, yet felt an instant connection with them? Sort of like a déjà vu you couldn’t explain. Couples with a karmic connection often describe their initial meeting as incredibly and powerfully intense. They quickly become addicted to one another, wanting to spend all their time together, often foregoing other relationships as a result.

Over time, this intense passion can wane to be replaced with volatility, jealousy or rage on the part of one or both partners. They may be driven to cheat or hurt each other before breaking up in an explosive fashion.

But the underlying issues remain unresolved, there is unfinished business. The intensity and strength of connection of the initial meeting is never forgotten, and the couple is driven to meet again later in their lives. Whether engineered or by coincidence. The cycle is repeated with promises that this time it will be different. And yet the volatility remains. Often, karmic couples can remain trapped in this pattern for years.

Spiritually, you may explore the explanation that this is destiny at work and, until the souls of the two people help one another to work things out, the pattern will continue. You may be told the relationship is presented to us as a test, to help you grow and learn the karmic lesson or life lesson you need to learn.

However, this kind of behavior can be incredibly damaging to the mental health of both parties. It can be difficult for loved ones to watch from the sidelines. And, if you find yourself in this kind of unhealthy relationship, it’s important you do everything in your power to remove yourself from it.

How can you tell if you’re in a karmic relationship?

Of course, when you’re in any long-term romantic relationship, there will be times that your partner will exhibit some behaviors that you’re not keen on. Things that drive you to distraction some days, leading to rough patches. That’s completely normal. As we move through different phases of life together and come upon various challenges, our relationship will change and progress. But if it is healthy, you will learn to communicate better, share your struggles and become stronger as a unit.

How often do you break up and make up?

If you’re stuck in an on-again / off-again type relationship that’s characterized by high passion and high volatility, you could be in a karmic situation. Healthy relationships tend to proceed on more of an even keel, with partners able to work out their differences in a less stressful way.

Were you instantly attracted to one another?

How happy do you feel when you’re around your partner?

Do you or your partner often suffer with jealousy?32A karmic relationship is often described as a rollercoaster of emotions. While it’s quite possible to feel your happiness is intrinsically linked to the relationship, it’s also probable you’ll feel frustration, upset and even anger in response to the toxic behaviors your partner is exhibiting. If you begin to feel emotionally drained or feel yourself closing off or withdrawing from your partner in some way, it could be time to think about getting out.

Do you feel dependent on or ‘addicted' to one another?‍

At the beginning of a relationship, it’s entirely possible that our partner will consume all of our thoughts and feelings. We might find ourselves wanting to spend every waking minute together. And that’s fine. In the normal course of things, however, these feelings will lose their intensity over time. If you continue to feel as though you couldn’t live without your partner, or worry about what would happen should your relationship end, it can lead to an unhealthy and potentially damaging level of dependency.

Do you thrive on drama?

We all experience dramas from time to time. But there are some people who seem to attract them, aren't there? Unfortunately, karmic partners are often right in the thick of it. Arguments tend to be repeated, the same old / same old comes up time and again, and previously unresolved issues remain unresolved. Lessons are never learned and the cycle simply begins again.

Does your relationship revolve around sex?

It is common for karmic relationships to be based solely on sex. It might be upsetting when you first realize this is what’s going on, but think about the last time your partner took you on a date. When did they last give you a truly thoughtful gift or shower you with time and attention. If you’re ever uttered the phrase “they’re only interested in one thing,” it could be true.

We find that many people say they believe they have a karmic relationship when, in fact, it is simply a bad one. They want to believe there is something special about their bond and that they are destined to be together, perhaps to excuse the difficulties they’re having.

Of course, it is always possible for people to grow and change. But the almost habitual nature of the stereotypical karmic relationship means it is incredibly difficult to break out of the repetitive behavior patterns and start afresh together.

It would take hard work and dedication from both partners to change their methods of communication and begin a path to a more balanced relationship. This is something that would be possible with the aid of a sex therapist or qualified relationship coach, but the journey would certainly not be easy.

Deepen the Bond With Your Partner
Blueheart's app has guided touch and communication exercises to bring you closer to your partner and to rekindle the flame in the bedroom. Give it a go if you're ready.
take the assessment