Home
❯
Articles
❯
How Your Period Affects Your Libido 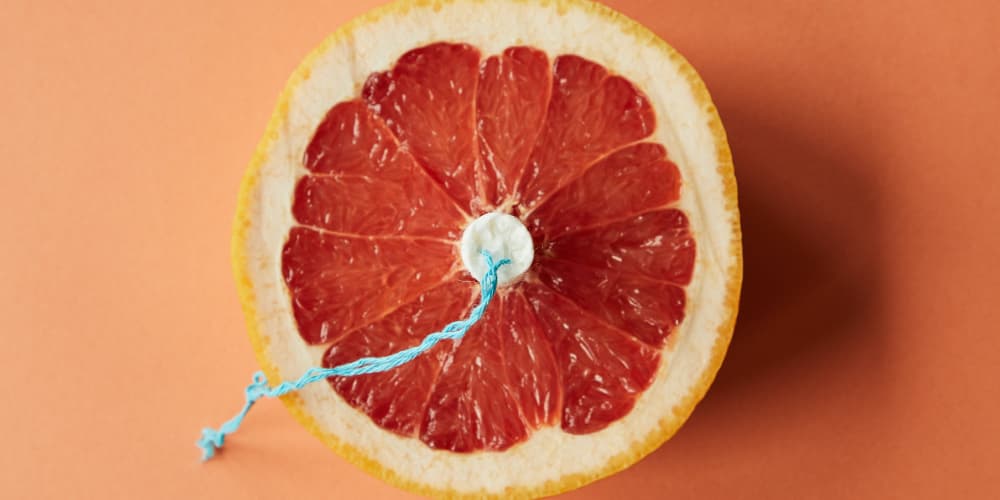 How Your Period Affects Your Libido

Have you ever noticed that your sex drive changes depending on the time of the month? It’s not something that a lot of women pay attention to, but looking back you might realize it’s true.  Some days you feel like your sex drive is racing, other days sex couldn’t be further from your mind.

While it’s easy to assume it’s hormone levels that are dictating feelings of friskiness (or lack thereof) – that may be only half the story. So what causes this cyclical rise and fall in sexual desire and just how much does it vary from one person to the next?

What the science says

Numerous scientific studies from across the globe have found evidence that sexual desire varies throughout the month. But there has been less agreement about exactly when and how these changes manifest. As well as just how related they are to menstrual cycles and their associated hormone levels.

Sexual desire has been found to increase mid-cycle, shortly before ovulation (1) (usually around 14 days after the first day of your period). Which will mean that a little while after your period finishes, your desire level might start to increase. This makes sense from a procreation point of view. Because the point we are most likely to successfully conceive would be the point that we are driven to try.

However, other studies have not been so conclusive. This study (2), from our Principal Researcher Dr Laura Vowels, found that women and men both experience fluctuations in desire across the course of a month, sometimes peaking more than once. This suggests that while the ebb and flow of sexual desire cannot necessarily be tied to the menstrual cycle, they do show some regularity. And in qualitative studies, many women describe changes in their desire level during the course of the month, (3) with some appearing to center around ovulation, and others around the time of their period.

Quite clearly (or perhaps unclearly!), the picture is mixed.

What factors are at play?

Our menstrual cycles are ruled by hormones that act as chemical messengers across two phases, the follicular phase and the luteal phase. Each phase lasts around 14 days, with day 1 being the start of your menstrual period. During these first few days, hormone levels are low, with estrogen levels starting to rise from around day 4 or 5 as the ovaries start preparing to release an egg. Around day 10, levels of estrogen start to rise rapidly, and progesterone levels also begin to increase. You may feel your energy levels are particularly high around this time and some women report an increased libido. A couple of days before ovulation, around day 14, you’ll experience an estrogen surge, followed by a rapid decline. This period leading up to ovulation is known as your fertile window.

During the second half of your cycle, the luteal phase, estrogen and progesterone continue to rise, preparing your uterus for a pregnancy. If none occurs, levels drop, the lining sheds and you begin again from day 1. During this phase you may begin to experience PMS, menstrual cramps, irritability and fatigue. Due to the drop in estrogen and progesterone, many women also report a loss of libido.

Of course, if you’re on some form of hormonal birth control pill, you may have a different experience of sexual desire.

The position and feel of the cervix changes throughout the menstrual cycle. Generally low in the abdomen, in the days before ovulation your cervix is thought to rise and become more ‘open’. This high position can mean that different sexual positions might feel more comfortable, and you might experience sexual stimulation differently. The cervix contains various nerves, meaning that when the penis comes into contact with it during penetration this can be painful or uncomfortable for some, while for others it is pleasurable. This may have a bearing on whether you tend to desire intercourse more often when then cervix is low, or in the run up to ovulation when it is high.

Another change you’ll have noticed throughout your monthly cycle is the consistency of your cervical mucus. During some times of the month you’ll feel relatively dry, while as you near ovulation you should notice an abundance of mucus that appears stretchy and watery. This can make penetrative sex easier and more pleasurable during this time, particularly if you tend to struggle with a lack of natural lubrication or vaginal dryness. This increased discharge may also mean your genital area feels more sensitive, perhaps leading to increased feelings of arousal.

Why do some people report feeling turned on when they’re ‘on’?

It makes sense from an evolutionary standpoint that we would want to have sex at the point our fertility is at its highest – from days 10-13 of our cycle. Why then do some many people report becoming turned on during or just after their period – at a time when, biologically, it makes little sense?

There is a third key hormone at play during a woman’s menstrual cycle, one that’s more commonly associated with men. In fact, levels of testosterone have an important part to play in keeping female sex hormones in balance and has been credited with boosting women’s sex drives and even increasing the intensity of orgasm during the beginning of the cycle. It’s thought this slight surge in female testosterone levels increases blood flow to the pelvis and genitals, making the area more sensitive and triggering arousal.

It may also be that the benefits of the additional lubrication during your period can mean a rise in desire, or ‘period horniness’. That and the psychological reassurance of knowing that sex is ‘safe’ and unlikely to result in a baby.

Having sex on your period

The idea of penetration during your period divides opinion, but around half of women report sexual activity during menstruation (4). So how can you take the anxiety out of period sex and improve your libido during those first days of your cycle?

Make sure you keep a towel nearby, or place one underneath you, or take the opportunity for shower sex to avoid the mess entirely. If you wear a tampon make sure you’ve removed it before intercourse, you could experiment with wearing a menstrual cup if you prefer. If you are put off by the idea of intercourse while you’re bleeding, why not focus on clitoral stimulation instead? Sex doesn’t always have to be about penetration, there are plenty of other things you can do.

Fluctuations in your libido are normal at any point in your menstrual cycle, whether you’re weeks or days away from your next period. It might be interesting to keep a diary of feelings and symptoms to understand more about how your period and libido are linked.

But it’s worth remembering that there are many factors that can cause lack of desire or a low libido. If that’s something you’re struggling with, whether it’s all the time or simply during certain times of your cycle, find out more about Blueheart and the sensate focus sex therapy techniques behind it.

Understand your Sexual Desire
Learn about your libido, your body, how sexual desire works, and put it all into practice with our expert designed therapy app.
Take assessment