Home
❯
Articles
❯
Why do People Get Married Anymore? 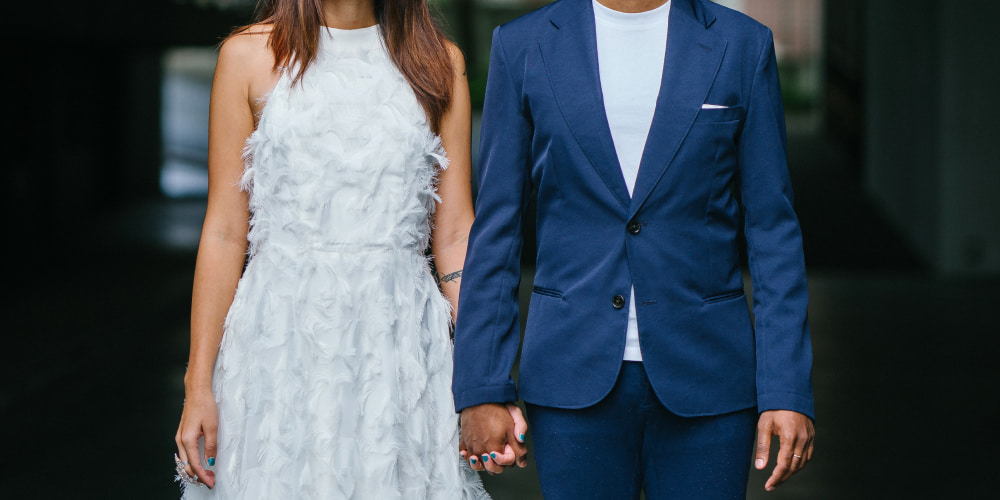 Why do People Get Married Anymore?

Whatever you think of marriage, there’s no getting away from the fact that for those who choose this path, the day they say 'I do’ is one of the happiest of their life.

But is marriage all it’s cracked up to be these days? According to the CDC between 40% and 50% of marriages end in divorce along with all the associated cost and heartache – so it begs the question, should we bother in the first place?

Marriage patterns: are we seeing a decline in marriage?

We’re scientists and researchers, so naturally we want to look at the stats. Anecdotally it feels like fewer people are getting married, but is that actually the case? We meet many couples who are in nontraditional relationships or long-term committed relationships but haven’t made up their minds about marriage. Does that mean they display any less of a loving relationship?

Marriage stats correlate with this, showing a marked long-term decline in the number of people getting married. In fact, the CDC reported that marriage rates by the end of 2018 had dropped to the lowest rate of all time – just 6.5 per 1,000 population.

Similarly, the average age of marrying has increased over the years. In 2021 the official figures from the United States Census Bureau showed a median average age of 30.4 for men and 28.6 for women. That’s a marked rise since the mid-20th century when this average fell in the very early 20s.

So are we seeing the decline of marriage or is our understanding of marriage just changing?

What are the benefits of marriage?

While the data may give us  the picture of a decline in marriage rates, there are still plenty of good reasons to get married. Perhaps the most obvious being that it places an emphasis on commitment  and gives us a feeling of security. Whether for religious reasons, social expectations, reasons of law or financial position, marriage makes a good deal of practical sense. However, marital expectations vary across countries and cultures and change over time.

Think about, for example, how perceptions of women who choose to have a baby out of wedlock have changed in recent decades.

But marriage is not just about the practicalities, it can offer an emotional commitment and security too. Finding that person who is willing to commit fully to a lasting and meaningful relationship can give a level of emotional security that is hard to find (though not impossible) in an unmarried romantic life partner. As humans we have the deep desire for consistency that married life can offer.

Finally, marriage offers an opportunity for that public declaration of love and devotion. A step that for many cements the marriage contract. A wedding, surrounded by family and friends can really feel like a pivotal milestone in life. Indeed it’s something many of us dream of and talk of from a very young age.

As populations grow, shift and change, our views about the way we want to live our lives and the social norms and expectations we live by change too. And marriage itself has seen an important shift through a complicated history. It’s not so long ago that women were treated as vastly inferior to men. They were seen as child-bearers, cooks and cleaners, with limited educational attainment, rarely encouraged to work or seek a career of their own. Indeed these traditional views still remain to some extent in many countries around the globe.

This reliance on men placed an importance on marriage to ensure financial stability and family stability for a woman. But as values have changed and educational opportunities increased, many women have more financial security and more independence compared to previous generations. This gives them the freedom to perhaps choose a different route. To put career before marriage and family if they so wish and to create modern marriages that may feel very different to that traditional monogamous relationship.

For these people, marriage holds no appeal, very little stigma remains for unmarried people in society and the ideology of marriage has shifted. They see no benefits to the change in marital status and oftentimes the expense and time-consuming nature of getting married can be seen as off-putting.

Marriage is a very personal choice

At the end of the day, whether you choose to get married or not may actually come down to how you’ve been brought up and your own family's expectations. If your internal message is that marriage is important, offers a sense of commitment and stability and is a natural step in the evolution of a relationship, then it stands to reason you’re more likely to choose that path.

If on the other hand, your parents were unmarried or divorced, or spent a lot of time in conflict with one another, you might be less likely to want to be part of a married couple. Throughout our lives we learn from our experiences and how we witness and understand the experiences of others. If we perceive experiences with marriage as negative, perhaps we’re less likely to follow suit.

Societal influences, and even peer pressure, too, may play a part. If we see every member of our inner circle of friends get married, it becomes more likely that we too will choose that route. It’s the ‘norm’ after all. Conversely as we watch divorce levels rising and more and more people enjoying long-term relationships and starting families without those marriage labels, it perhaps shows us that there is always a choice.

Making the right decision for you

So as with most things in life there are definite pros and cons to marriage, whether male-female or same-sex marriage. But it’s important we don’t fixate on the ideal. In the grand scheme of things it is not marital status that predicts healthy relationships; a wedding does not guarantee you’ll live a long and happy life together.

The definition of commitment is not a piece of paper or a declaration of love in front of our nearest and dearest. Instead, it’s the dedication to develop emotional and physical intimacy, the building of trust and respect for one another and the shared pursuit of common goals and dreams.

If that comes along with a white satin dress and a once-in-a-lifetime party then that’s a wonderful thing, but if not, so what?

Build A Stronger Relationship
Rebuild the connection, find your way back together and improve you sexual health and sex life. Take the assessment and get started with Blueheart's Relationship App.
Take assessment