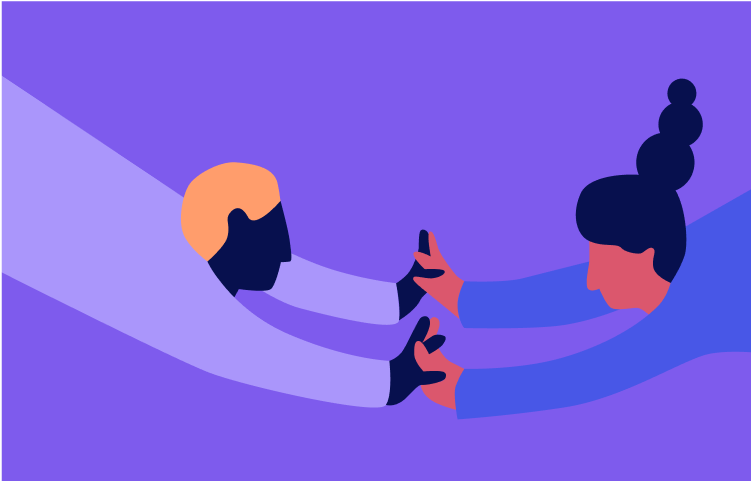 Amber: “It felt like there was something wrong with me, with us. I just thought how can I be in my 20s and already giving up sex. We’re too young for this to be happening!

What worried me the most was how early in the relationship this came up too. I get it if you’ve been together 25 years and things might get a little dried up but we were only 2 years in. I knew I loved Mike more than anything, but when it came down to sex something just wasn’t clicking like it used to.”

Mike: “We just somehow got out of the habit of being physical with each other, not even just sex but kissing less and touching less just in general. At first I thought, ‘OK well it’s the end of the honeymoon period that’s alright, it’s a little less than we used to but I’m willing to have less of that because I have so much more good stuff with Amber, the other relationship stuff. But then, it sort of dwindled down to basically nothing, it almost crept up on me and that’s when it got difficult”

Amber: “I don’t even know what happened really I just started feeling less in the mood, and then when I was, he wasn’t. He’s more of a morning sex guy whereas I prefer in the evening, (I have so much to do in the morning I need the sleep!) So matching up just became a bit like a never ending rain check. What made me feel relieved right away when Mike showed Blueheart to me was how common and normal our situation was. I felt so alone and weird about it but to see it’s one of the most common issues couples have, as well as the fact that

Having mismatched desires is super common for people as early in their relationship as we were.

We worked through the course and at first found it awkward and even a few giggles were had but we wanted to trust the process and thank God we did. It just really reduced all the stress and weird pressure we’d put on ourselves. The Touch sessions let us start from scratch almost and reset our bodies, to quote Madonna, it was like touching for the very first time. It became so good, something I looked forward to compared with previously when I just wasn’t that fussed.

I hadn’t heard of sensate focus before but it makes so much sense, to focus on your senses rather than all that distracting stuff in your head.

‍Mike: I think what helped us the most was to have this unbiased third party that just was the excuse to talk about or address sex. You don’t want to always be the one bringing it up or making it feel like a huge thing when you want to talk relationship stuff,

The app is like this little guy herding little elephants out of the room one by one, until you’ve addressed them all.

And because of that, we felt ready to have a new conversation…

We’ve gone from no intimacy to trying for a baby.

Amber: We’re currently trying! I can’t even believe I’m saying this in the same conversation as all that’s gone on. But it’s true, and we already feel so much better prepared in being a stronger unit who can communicate, and share what we actually feel, it’s going to just give us that head start (and hopefully make us better parents too).