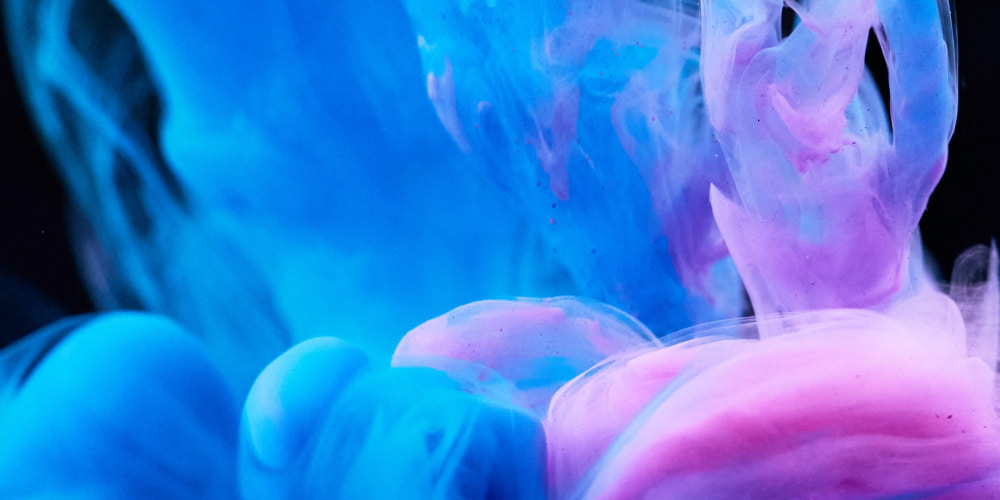 Difficulty Orgasming (Anorgasmia)? Here's What You Need to Know

Dr Kat says: So many people think that orgasm is the goal of sex, and that’s absolutely not true. When we think about treating orgasm difficulties, we’re really also treating the entire sexual experience to reduce the focus on orgasm and instead work on enhancing the intimacy and sense of togetherness throughout the sexual interaction.

Difficulty orgasming may be a common complaint but that doesn't make it any easier if you or your partner are struggling with it. In fact, whether male, female, or gender non-binary, being unable to climax can lead to feelings of inadequacy that over time can impact confidence and even damage relationships.

The good news is, if you’re struggling to orgasm there are plenty of things you can do to try to resolve the situation and get back to enjoying a healthy sex life with your partner.

Is it normal not to be able to climax?

A 2018 study published in the Archives of Sexual Behaviour found that there were marked differences between how frequently men and women orgasm. They reported that heterosexual men were most likely to say they usually-always experienced orgasm during sex (95%), followed by gay men (89%), bisexual men (88%), lesbian women (86%), bisexual women (66%), and heterosexual women (65%).

That’s a marked difference between heterosexual men and women.

And while difficulty orgasming is a common complaint, the fact is that with sufficient stimulation most people can achieve orgasms. Believe it or not, both men and women are capable of achieving multiple orgasms.

In reality, though, it’s not always that easy and can be affected by many things, not least anxiety. If you’re feeling anxious about any kind of sexual dysfunction, the chance of reaching orgasm becomes even smaller as your fears fuel a vicious cycle. Add your partner’s feelings and expectations to the mix and you might find that orgasm becomes very difficult to achieve.

Is anorgasmia a women’s problem?

While difficulty orgasming (anorgasmia) is often thought of as a women’s problem, orgasmic dysfunction can affect men too, and in a surprising variety of ways.

There are many types of sexual dysfunction that might impact orgasm. For example, erectile dysfunction (impotence) making it difficult to maintain an erection firm enough to have sex. Premature ejaculation resulting in ejaculation occurring too soon into sexual intercourse. Even retrograde ejaculation, where the semen enters the bladder instead of coming out of the penis.

But perhaps the most similar to female anorgasmia, and most relevant in this discussion, is a condition called delayed ejaculation. This is where, despite sexual stimulation, it takes a long time for a man to orgasm or may even prove impossible.

There are plenty of reasons you may find it difficult to orgasm during sexual intercourse. These issues may be temporary or longer-term but rest assured there are things you can do to improve matters.

Sexual arousal is what happens when your body and mind get ready for a sexual experience. Your heart beats faster, your blood pressure rises, your genitals become lubricated and your skin flushes with increased blood flow. But what if you struggle to become aroused? This can happen for many reasons, both physical and psychological, and will likely lead to a less enjoyable experience and potentially discomfort and difficulty orgasming.

When you lack sexual experience (and sometimes even when you don’t), the body of another person can feel like a difficult place to navigate. Without practice and communication with your partner it’s almost impossible to know what is likely to stimulate or feel good to them. Every body is different, after all.

In a 2017 study published in the Journal of Sex and Marital Therapy, researchers found that only 18% of women can orgasm from vaginal intercourse alone, with 36% saying they prefer clitoral stimulation. However, a 2019 YouGov study asking men and women to label parts of the female genitalia found that 29% of women and 31% of men did not know where the clitoris was. From our experience, that seems a little on the low side, but the point stands: learn about your own body as well as your partner’s body and then talk honestly about what you like and enjoy.

There are a number of medical issues - such as diabetes, depression, or certain vascular or hormone-related conditions - that can make it harder to orgasm. Plus climax can be impacted by several drugs or medication side effects, most notably from Selective Serotonin Reuptake Inhibitors (SSRIs) used as antidepressants. Any physical issues that might make sex painful will likely also reduce the chance of reaching orgasm.

Despite this, studies suggest that in a vast number of cases, orgasm issues are due to psychological factors.

When we struggle with negative thoughts around sex, either due to past experiences or a lack of self-confidence, it can be difficult to focus on the moment and relax. Instead, you may find yourself over-thinking how you look or whether you’re doing things right, rather than noticing the pleasurable sensations and avoiding distraction. This is known as spectatoring and can lead to a build-up of anxiety around sexual activity making it less pleasurable or even painful, ultimately making orgasm less likely.

When your body is fatigued it is designed to promote recovery, prioritizing its own health and wellness over sexual desire. That’s why in times of stress it’s common for your sex drive to lower and sex to become the last thing on your mind. After all, if you have a brain full of things you need to get done tomorrow, it will be almost impossible to have focused, fulfilling sex without distraction.

What can you do?

Improving orgasm for both partners is about more than simply the physical aspects of sex, it’s about building an emotional connection too. That’s why it’s important to work with your partner to explore and understand your sex life as a couple and learning to communicate honestly with each other – something which many people find hard when it comes to sex.

Stop focusing on orgasm as the ‘goal’

When you make orgasm the be all and end all of sex it only adds to the pressure and anxiety you’re putting on yourself, resulting in performance anxiety and dissatisfaction. Not only that but you miss out on the journey - those sensual touches and little moments along the way. Always remember you can have great sex that doesn’t end in an orgasm - and you can also have quite 'boring' sex that does. The ‘quest’ for orgasm should never be the most important thing.

Educate yourself and talk

Learn about your partner’s body. Learn to talk about sex. Then talk about how you can stimulate each other in a way that feels good. If either of you aren't sure, take your time to help one another explore and find out.

Many people don’t realize that for a lot of women vaginal intercourse alone doesn't provide the clitoral stimulation they need to reach orgasm. Understanding this small fact, locating the clitoris and providing manual stimulation before or alongside penetration may be enough to make a difference and help your partner climax.

Or perhaps that’s not what works for them - you’ll need to talk to them to find out.

Think about your environment

Getting in the mood for sex is as much about the environment as it is about the person you’re with. Try soft music, low lights, candles and even a bubble bath and you might find it easier to relax and stay in the moment. If you feel like it's right for you, try introducing sex toys to inject some fun, help you relax and aid clitoral stimulation.

Sensate Focus is a technique we use at Blueheart to help reduce anxieties around sex and intimacy. It’s a series of touch exercises that are designed to take the pressure away, by reducing sexual anxiety and helping you to explore your own and your partner's body at your own pace and in your own time.

Our method helps arousal increase naturally. The goal is not to orgasm, or even to engage in sexual intercourse until you’re both ready.

Find out more about how Sensate Focus works to support increased arousal and overcome orgasm difficulties.

Great orgasms await
Blueheart has helped numerous people reach orgasms. Your orgasms are just an assessment away. A relevant plan for you will be waiting in the app.
take the assessment

How does low libido affect my relationship?

Mismatched libidos in a relationship

Talking to Your Doctor About Sex

SEE ALL ARTICLES
Low Libido Causes
Your Relationship
Sex Therapy
Sensate Focus
Science
Articles
Pricing
Your Stories
About Us
Careers
Reviews
Press
Fancy some free therapy in your inbox? Subscribe to our newsletter.
Thank you! Your submission has been received!
Oops! Something went wrong while submitting the form.