Home
❯
Articles
❯
What Does Stonewalling Mean in Relationships? 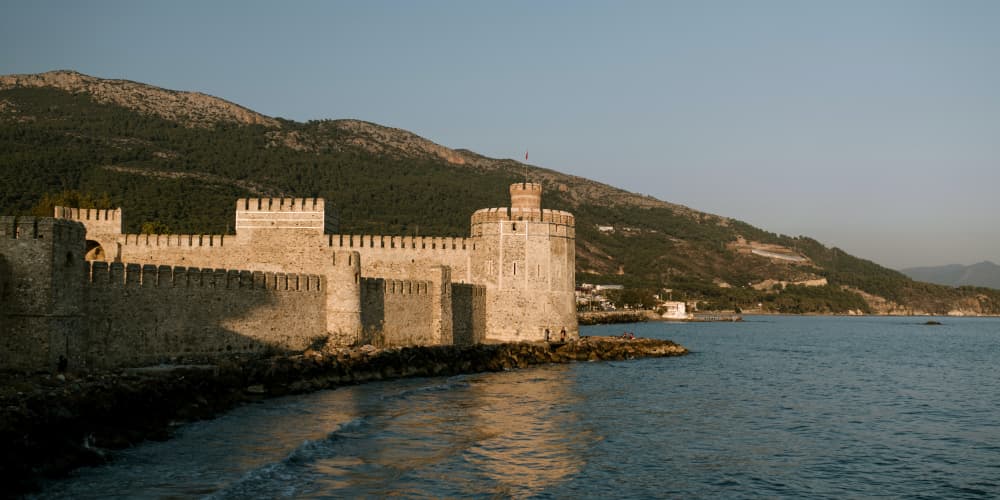 What Does Stonewalling Mean in Relationships?

Ever heard yourself say, “It’s like talking to a brick wall!”?

Of course, it could simply be that you were trying to impart important information to your teenager. But for the purposes of this discussion, let’s assume you were muttering it at a long-term romantic partner. Because we want to talk about one of the most problematic communication issues that appears in relationships: stonewalling.

Stonewalling behavior is the act of shutting down and withdrawing from your relationship and from your partner. Kind of like giving them the cold shoulder. At its most brutal, it is used as a form of control, allowing the stonewaller to demonstrate a level of emotional detachment that can be incredibly hurtful to their partner.

But far from a childish defense mechanism, did you know that this kind of silent treatment is actually a form of emotional abuse? When repeated over time, this feeling of being ignored or ostracised by the one who is supposed to love us the most can be extremely damaging.

The trouble is, if we stonewall or seek to avoid conflict, we are preventing all the healthy communication opportunities within our relationship. We leave our partner feeling isolated, frustrated and unsure where to turn. We are saying telling them, 'What you have to say doesn’t matter to me, I don’t value it and I refuse to work on this with you.' We demonstrate a complete lack of respect for our partnership and our relationship. One of the most important relationship rules for a healthy relationship is to never stop communicating.

In short, with this bad behavior, we’re shutting them out and putting our relationship on hold. There’s not a lot worse than seeing that our partner is angry but being powerless to resolve it as they won’t let us in and wont tell us why.

Where did the term come from?

Dr. John Gottman, a psychological researcher and marriage expert, was the first to use stonewalling in the context of relationship communication and conflict. In fact, he suggests it is so problematic it is one of the four major predictors of divorce in married couples. The other three are contempt, criticism and defensiveness, any and all of these are guaranteed to make any conflict situation worse.

According to Dr. Gottman's findings, men are more likely to use stonewalling as a form of abuse in a relationship than women. So much so that he found 85% of American people who stonewall are men.

What are the things to look out for?

If you feel that your partner may be shutting down emotionally, or stonewalling you, there are a few things you should keep an eye out for.

Do they regularly ignore what you’re saying? Perhaps fiddling with their phone, refusing to look up from the TV or even turning on their heel and walking away when you try to get your point across?

When you raise a problem, do you feel that, rather than address it, they’re more likely to start accusing you of similar, as if to deflect from the issue? Perhaps they even react by pulling a rude face or rolling their eyes? Something that is sure to sting a little if you're trying to have a sensible conversation.

And what happens when you point all this out?

Our bet is they’ll deny all knowledge and dismiss your concerns. And if you get upset during the conversation? Well, don’t expect empathy!

It’s important to note here that stonewalling is not simply about saying nothing, it’s about withdrawing emotionally. You can see it in body language, expression and demeanor. It looks to all intents and purposes like your partner has checked out of the situation. They are choosing a complete emotional disconnect rather than taking responsibility for their part in the communication.

It’s that emotional disengagement, or withdrawal of the connection that’s so vital to all relationships, that can leave us feeling so helpless and even abandoned.

Over time, this can lead to doubts creeping in about the longevity or future of our relationship. It can lead us to question its very basis and can reduce relationship satisfaction not only for the person on the receiving end of the ‘silent treatment’ but the stonewalling partner, too.

While it may feel that stonewalling is the way to avoid conflict or prevent a huge falling out in the moment, it is almost certainly storing up issues for the future. Sadly, it's also denying your partnership of the opportunity to practice and succeed at successfully working through and resolving issues.

Not only that, but the desperation felt when confronted by this ‘stone wall’ can lead to an overreaction or things said that are far in excess of the original issue, causing the conflict to escalate out of control. And it can lead to a dangerous power balance where the stonewalling partner holds all the cards. This can be a potentially manipulative or toxic tactic if used deliberately.

And of course, where there’s animosity and a lack of connection, intimacy is the next victim. It is hard to feel close to someone who is deliberately withholding their feelings and emotions from you.

But why do we stonewall?

The reasons behind stonewalling can be more complex that we might think. It is not always deliberate or designed to hurt our partner.

Of course, there are times that stonewalling is used as a control tactic, designed to punish our other half, to make them feel anxious and unsure.

But just as often we turn to stonewalling as a defense mechanism, falling silent and withdrawing inward in order to save ourselves from difficult feelings. To protect us from an unwelcome emotional burden or feeling that we are being threatened.

Perhaps you find it difficult to express your feelings and get vulnerable, even in front of your spouse or long-term partner. Perhaps you grew up in an environment where sharing emotions just wasn’t the done thing. Or perhaps you hate conflict and are desperate to de-escalate the situation before it gets out of hand.

Unfortunately the final scenario, in which stonewalling becomes a common go-to behavior, is when you’re feeling worn down. Sometimes over the course of a relationship, you get to the point where the same argument is replayed time and time again and you feel there’s no point in engaging anymore. After all, your partner just won’t understand or ‘get’ what you’re saying anyway!

So what can you do?

How can you get back on track?

First, when you spot stonewalling behavior, take a short break and do something to take your mind off things before coming back to the conversation. Gottman suggests 20 minutes is enough to calm your physiological reaction.

Then, consider whether there is a healthier way of expressing your emotions. This could be practicing putting aside anger and dealing with negative emotions in a more controlled manner, or it could be supporting one another to become more vulnerable and share those difficult feelings.

Don’t feel responsible for the way your partner acts. You cannot force them to change their communication patterns. If they are willing to change, great, encourage them, but it is not your job to ‘fix’ them. If you realize you are the only one willing to work on the relationship, it may be time to consider whether you are in a one-sided relationship.

Focus on connection, even when you feel your partner is blocking you out. Rather than pushing them to give you an answer about what’s made them mad, reach for empathy and understanding. Try to work out what might be causing their upset rather than just reacting in a defensive way. It is, after all, impossible to behave rationally and have a positive conversation when emotions are running high and that wall is up. We've got some tips on how to bring up the idea of therapy with your partner as well.

If you’re looking for ways to get closer to your partner and build back intimacy, check out the scientifically backed Blueheart relationship and sex therapy app. In a recent study, users reported that within two weeks they felt 27% more emotionally connected and 70% more physically connected, all of which had a positive impact on communication and relationship satisfaction. Take the assessment to find out what you could improve, and get started with a 14-day trial to see if it's for you. The app works for individuals as well as for couples. Couples can link their accounts so they are put on a relevant plan together, with individual exercises and couple exercises, reflection sessions and talk sessions, where you share your experiences from a previous exercise. If you feel ready, give it a go.

Save Your Relationship
Blueheart's app has taken people from 'will we break up?' to 'we will work through this together'. Take the free assessment to find out what you can do to make a change.
Take assessment