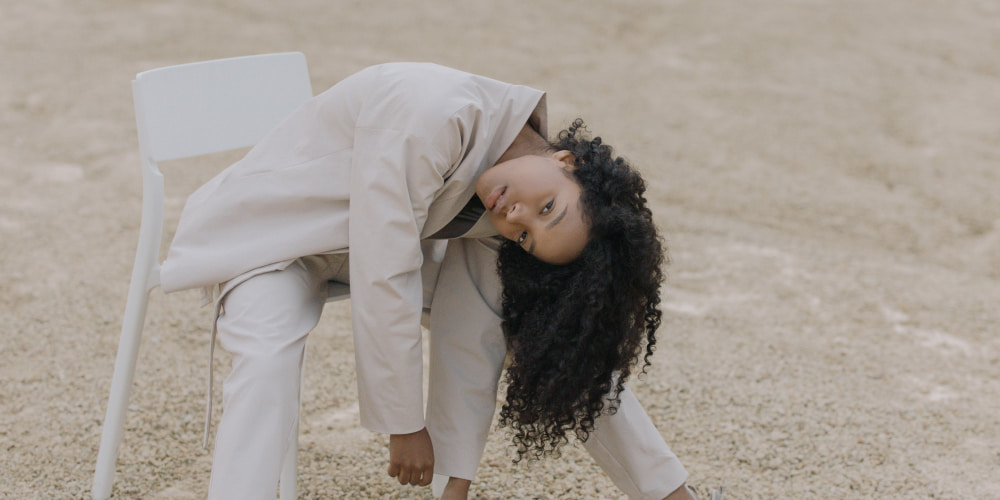 It shouldn’t come as a surprise that sexual desire is prone to change across time. As we age, as we go through different phases of life, stressful situations, relationship changes, pregnancy, and giving birth for example. Our sex drive is so intrinsically linked with our physical and mental health that fluctuations in the way we feel about sex are to be expected.

Sometimes, however, changes to our sex drive or libido feel more serious, last longer, and even begin to create issues within previously strong relationships. Female sexual interest / arousal disorder (FSIAD) can have such an impact, often being a factor behind sexual desire discrepancy (SDD), where a couple begins to experience different levels of sex drive, often impacting their relationship and quality of life in a negative way.

As with other types of sexual dysfunction, FSIAD can be distressing, affecting not just sexual functioning but self-esteem and overall well-being too. And it’s not uncommon. A 2016 study found that female sexual dysfunction affects 41% of premenopausal women around the globe. Of those, 28% reported low sexual desire. (1)

What’s the official definition of FSIAD?

FSIAD is a condition where the sufferer experiences greatly reduced sexual arousal and or sexual desire. It is defined as someone who has three or more of the following symptoms:

In order to be diagnosed, these symptoms must have been present for six months or more and must be causing them significant distress.

Previously FSIAD was split into two separate disorders. The first was hypoactive sexual desire disorder (HSDD), which is characterized by a lack of sexual desire. The second is female sexual arousal disorder (FSAD) – difficulty with arousal and reduced sexual excitement, sensation or pleasure. As the link between desire and arousal is so close, these two conditions were combined to become FSIAD.

How do you know if your partner has FSIAD?

The symptoms of FSIAD may be tricky to recognize. They may have been present from puberty or acquired later, and they may occur all the time or only in certain situations. But if you notice that your partner talks about sex less or does not seem keen to engage in sexual activity in the way they used to, it’s worth talking to them about whether they feel FSIAD could be a potential cause.

Not only will someone with FSIAD be less interested in sexual intercourse in general, they may also exhibit a loss of feeling in the erogenous zones, decreasing sexual pleasure.

It’s worth noting that for some people a lack of interest in sex is not an issue. They may self-identify as asexual or they may not, but as long as they are not showing signs of distress about their lack of desire it should not be thought of as a problem.

What usually happens in the female body during sex?

Getting ready for sex involves desire, which is emotionally wanting to have sex, and arousal – the physiological changes that occur in your body when you are sexually excited.

As the body receives sexual stimuli, changes take place in the chemical make-up of the brain, leading to a chain reaction across the body. Changes occur that are designed to prepare the body for vaginal intercourse.

The vagina should become moist thanks to glands that produce a natural lubricant, while the clitoris and vulva will swell as blood flows to the area. Nipples, too, may feel more sensitive, while the pulse and heart rate quicken as blood pressure rises.

Except for some people, this isn’t what happens at all.

So, why does FSIAD occur?

There are many different factors that can influence sexual desire and arousal; each person’s body is programmed to respond in a different way to external stimuli. That’s why it can often be tricky to determine the root cause of sexual dysfunction, such as FSIAD, in an individual.

Here are some of the most common causes:

Your general state of well-being, mental health or other neurological conditions can directly impact sexual arousal. If you’re struggling with anxiety or depression, you may not have any desire for sex at all, choosing not to initiate and even avoiding situations where your partner may bring the subject up.

Self-confidence, whether due to concerns about body image or a perceived lack of sexual knowledge or ability, as well as many other psychological factors, can also make you anxious about engaging in sex.

If you are having issues, bickering regularly, or not feeling respected by one another, the stress this causes may mean you don’t feel psychologically ‘safe’ enough to reach a state of arousal.

If this is a one-sided problem it could lead to relationship issues where one partner desires sex more frequently than the other, known as sexual desire discrepancy (SDD). This can be addressed through open communication and a determination to face the issues together.

There are several instances in which a medical condition or health issue can affect sexual desire and arousal. These might have a negative impact because of pain during intercourse, or simply find sex less enjoyable if sensations are dulled.

Health conditions that might physically prevent blood flow to the genitals, physical sensation in the erogenous zones, or vaginal dryness may make sex less desirable. And medications such as oral contraceptives or Selective Serotonin Reuptake Inhibitors (SSRIs) used in the treatment of depression, can cause hormone imbalances meaning the body doesn’t respond as it should.

Menopausal or postmenopausal women may also find their enjoyment change as a result of changes occurring within their body.

If you experience pain during sex due to conditions such as vaginismus or endometriosis, or you have difficulty reaching orgasm, you might be less inclined to initiate or participate in sexual intercourse.

After all, if it’s painful or unenjoyable over the long term, you might think, why bother?

As there are many factors that can lead to FSIAD, it stands to reason that treatment options will vary too. From medication to relationship counseling, therapeutic treatments to sex therapy.

It may feel difficult to talk about sexual dysfunction, but there is no need to feel embarrassed. Healthcare providers are professionals who have experience with a wide range of medical conditions. They will be fully supportive and able to help find you the right treatment.

Your healthcare professional will likely suggest starting by focusing on any medical conditions or checking which medications you’re on. Addressing menopause symptoms such as reduced vaginal lubrication or hormone imbalances might be enough to get your sexual function back on track.

What part can sex therapy play?

Psychotherapy or sex therapy can play a huge role in helping you to identify the issues contributing to your sexual arousal disorder, reduce anxieties around physical intimacy and take steps to improve your and your partner’s sex life and relationship.

Sensate Focus is at the core of our Blueheart therapy program, offering a series of touch-based exercises that you can work through as quickly or slowly as you feel is right for you. Gradually you will build up confidence and rekindle your enjoyment and sexual satisfaction.

It’s a powerful science-backed technique that really can have life-changing results.

Struggling with low arousal? Here's what you can do to help

How Does my Libido Work?

Let's try touch exercises
And take sex off the table. It's a tried-and-tested technique with sex therapists and brings you closer together (without all the added pressure).
Take assessment