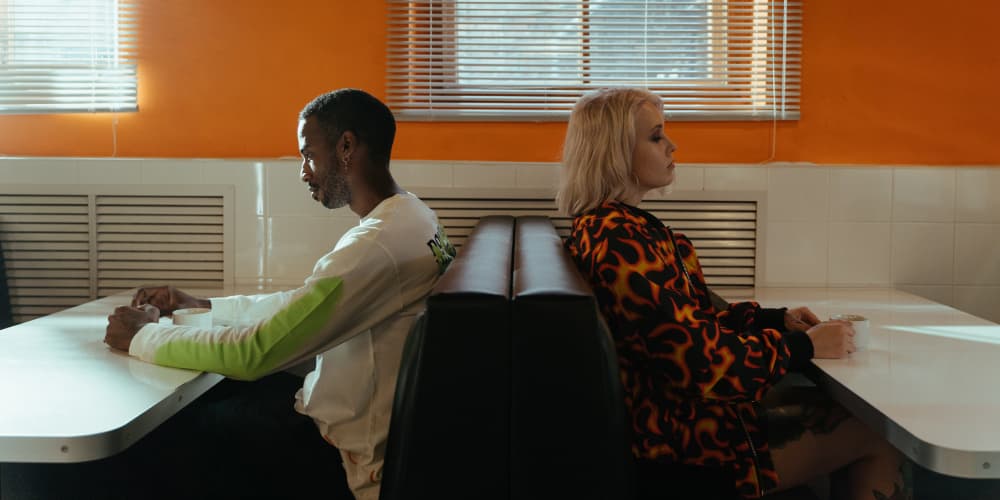 Make it Past the 7-Year Itch - Therapy Advice

From films to books to real-life anecdotes, these are common phrases that have entered our psyche. But just how much truth is in them? And what can we do to itch-proof our own long-term relationships to make sure we don’t just become yet another statistic?

What is the seven-year itch?

The seven-year itch is the idea that after seven years in a relationship, whether that’s as a married couple or cohabitees, we start to become restless. Bored perhaps. Everything begins to feel a little bit mundane or routine. Anecdotally, it’s said we’re more likely to go our separate ways around this time. Perhaps more likely to resort to infidelity. For whatever reason, married life becomes less shiny and divorce rates are rumoured to peak.

But is there any truth behind this seven-year itch? Is it related to a biological urge - something genetic leftover from our forefathers, ensuring maximum procreation during our lifetime? Does it stem from a modern life where we're often easily bored and distracted? Or is it just a random line drawn in the sand?

Is the seven-year itch a myth?

There have been plenty of studies in the last decade or so that have looked at exactly this, setting out to compare length of time together with the risk of divorce. Most studies show, unsurprisingly, that the risk of separation is low during the first months of being a married couple. One article published in 2014 by Duke University Press (1) found that the risk increases up to the end of the fifth year of marriage, peaking at a maximum risk period followed by a decline over the next five years and beyond.

While Lavner and Bradbury, 2010 (2) found that “most married couples experience a decline in marital quality after the first years of marriage, with tensions tending to culminate near the seventh year of marriage”. Which seems to corroborate those seven-year itch rumours.

But that’s not the full story. In a 2012 project published by the National Center for Family and Marriage Research, authors Ashley Spangler and Krista K Payne took previous studies suggesting that the seven-year itch was a common factor in divorce and compared them to up-to-date data on marriage duration from the American Community Survey (ACS). They found that in 2012, the median duration of first marriage (the point at which half of first marriages end) among women aged 15 years and older was 12 years. And interestingly, only one-third of divorces at the time of the study occurred within the first seven years of marriage.

Has the seven-year itch now become a 12-year itch?

We’re not sure that the exact duration matters all that much. After all, what’s the benefit of having that line in the sand drawn for you? Maybe it’s more important to be aware of the general principles involved. When we’re in the first flush of love, our relationship and a healthy sex life, might come more easily than further down the line. It’s perfectly normal to get stuck in a bit of a rut from time to time, but take the right approach and you’ll likely come out the other side even stronger.

We should not commit to a long-term relationship or marriage with our eyes shut. We should know that for the vast majority of couples there will be challenges to overcome. They may be in year one or in year 21, but if we put in the work on a daily basis and fill our toolboxes with some useful strategies, we’ll be in much better shape to soothe those ‘itches’ whenever and wherever they appear.

As the kids grow and gain more independence, it’s natural to feel our relationship is changing. We might be able to find more time to focus on being a couple again only to find that something feels different. It’s likely that, somewhere along the way, you’ve lost your connection and might benefit from a little bit of inspiration to find it again.

Luckily there are plenty of things you can do over the longer term to help those itches become less of an issue.

Make it a habit to regularly check in with your relationship

If you’re a fan of journaling or mindfulness, you could incorporate it into these practices. It can be all too easy to get caught up in the day to day and not notice the cracks that are starting to appear. Simply by giving yourself that mental check-in and offering an opportunity for your partner to do the same, you can potentially uncover any underlying issues early and avert problems later down the line.

It doesn’t have to be about the big things. When it comes to making an effort on a daily basis, it’s the little things that are easier to get into common use. Things like always kissing one another 'hello' and 'goodbye',  to bringing little gifts home, running the bath or offering a foot massage. Extravagant date nights may not be on the cards for the time being but there are plenty of romantic, thoughtful options that you can try at home.

Want better ways to keep the spark alive and prevent the boredom setting in? We’ve got plenty of inspiration if you’re looking for new things to try together both in and out of the bedroom. Why not start with our sex questions to find out what you didn’t know you didn’t know about your partner. And if you’re in the mood, move it on a stage by learning to share your deepest darkest sex fantasies and other wants and needs.

If your sex life is waning and that’s why you’re worrying about the seven-year itch, have you considered getting it back on track by scheduling your bedroom playtime? Plenty of people we speak to baulk at the idea of putting a sex slot in the diary, but seriously, don’t knock it until you’ve tried it. There are lots of positives that will outweigh any negatives that spring to mind. We’ve covered loads of them in our article:

The Power of Scheduling Sex.

If you’ve tried all of the above yet it still feels like the gulf is getting wider, perhaps it’s time to draught in some help. A relationship counsellor or sex therapist will be able to support you as a couple to help you communicate better and open up to one another. And don’t forget, if you don’t fancy seeing someone face to face, our Blueheart app is a great way to rekindle your connection through the power of touch and find your way back together.

Wondering how to talk to you partner about the idea of sex therapy? Read: Bringing Up the Idea of Sex Therapy With Your Partner.

In our view, the ‘seven-year itch’ isn’t about a set point in time at which your relationship is doomed to fall apart around your ears. It’s more about the idea that many couples fall into a routine, perhaps kids and jobs take precedence and they no longer become one another’s priority. It’s a concept that should serve as a timely reminder that relationships require work, they take effort and most of all they take a desire to want to do better.

After all, it stands to reason that like most things in life, you’ll get bored if you don’t put a little bit of effort into keeping it fresh and interesting. Regardless of how long it is before your relationship ‘itch’ begins, it’s useful to build up a toolbox of methods to tackle the rocky road you might find yourself on.

And of course, if you start being mindful of these things now, you might be able to avoid the need to ‘scratch’ at all!

Make it Past the Itch
Blueheart's app has taken people from 'will we break up?' to 'we will work through this together'. Take the free assessment to find out what you can do to make a change.
Take assessment